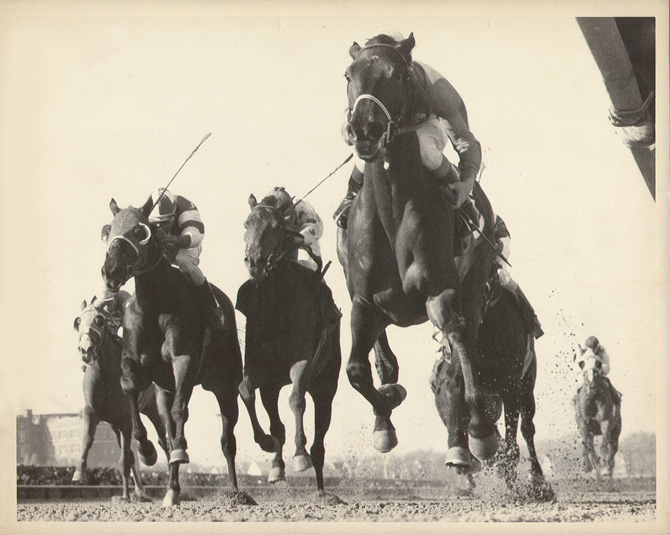 Dr Fager – Champion Legend – A Horse For The Ages

On September 1, in the United Nations Handicap at Atlantic City, Dr. Fager ran on the turf for the first and only time. Despite having never run on the grass, he was assigned 134 pounds — giving 16 pounds to Fort Marcy (the grass champion from the previous year and, later, Horse of the Year) and Australian champion Tobin Bronze. Despite running on a surface of which he was unfamiliar and one that was wet and slick from rainfall, Dr. Fager fought head and head on the lead for the entire 1 3/16 mile distance, winning by a head over the solid grass performer, Advocator.

These are the weights and order of finish and odds and chart comments on DR. FAGER.

DR. FAGER gained the lead in the run to the clubhouse turn, raced well in hand several feet off the hedge, was pressed closely from the inside by ADVOCATOR, lost the lead to that rival leaving the backstretch, came again to regain the advantage coming into the stretch, lost it once again to ADVOCATOR and then, responding to strong pressure from his rider bested ADVOCATOR in a stiff drive.