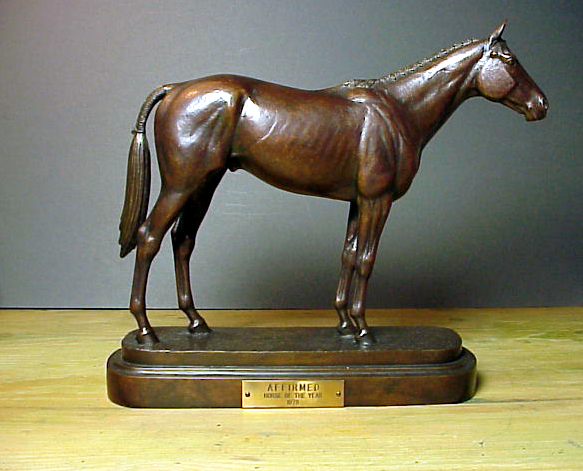 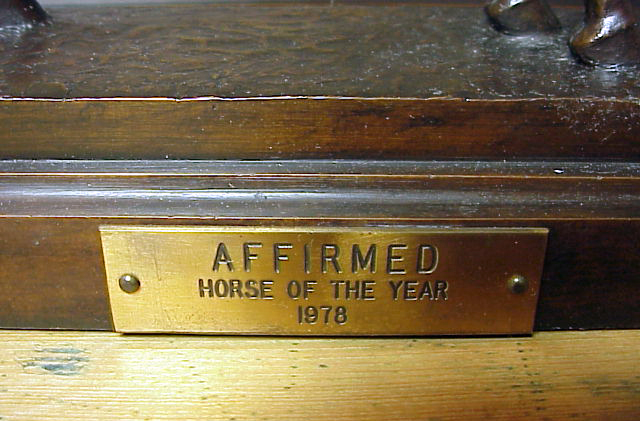 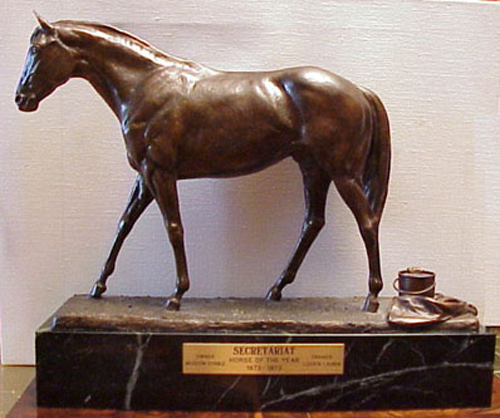 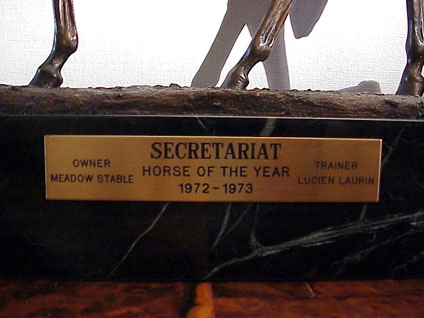 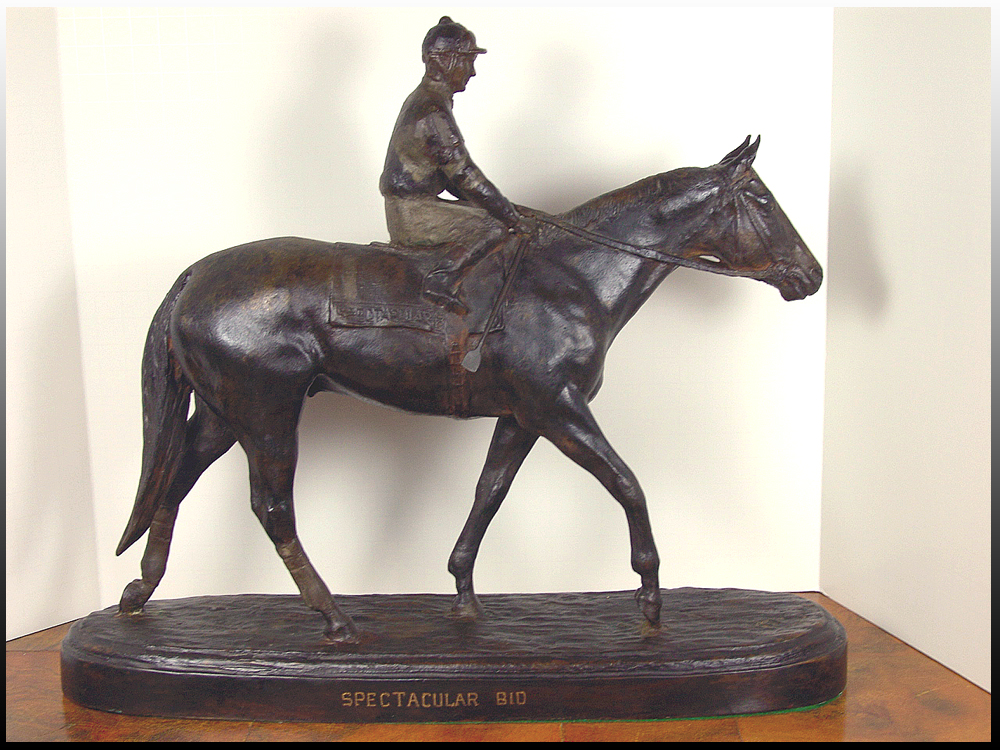 Niatross Horse of the Year 1980 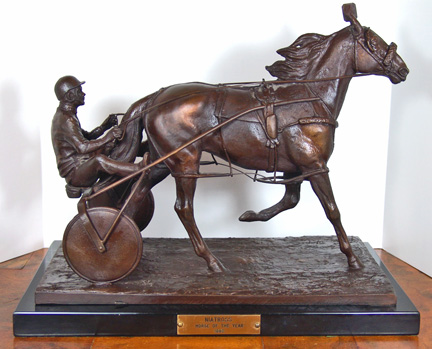 Champions Gallery had already created a group of coins to honor the Great Champions of the Turf, which were endorsed by the TRA. These coins were of Man o” War, Secretariat, Citation, Forego, Kelso and Ruffian. They were cast in Gold, Silver and Bronze and the numismatist for the project was Bev Lopez. Mr. Lopez also created a very limited edition, with a couple of artist’s proofs, of Large Painted Bronzes of Secretariat and Forego, a very few of which were done with a traditional patina finish.

Champions Gallery was also authorizing and creating limited editions of artwork in the form of lithographs and created a Race of the Year Serigraph of Affrimed beating Spectacular Bid in the 1979 Jockey Club Gold Cup.

In addition, Champions Gallery was marketing photographs, painting, and prints of horses and other memorabilia and collectibles to the racing public. They also represented the work of many equine photographers, sculptors and painters.

In the further interest of racing preservation, and as the Official License of TRAC, Champions Gallery produced as series of 36 video tapes that was the first sport magazine on video tape registered with the Library of Congress. These tapes included the 30 top races run in North America each month and a variety of interviews done as Online with Bob Fox and historic races of past great racehorses. This magazine later led to the formation of the ESPN television show Racing Across America of which Bob Fox was CO-host and CO-producer.

Read the reviews at USACasinoBonusCode.com for the best racebooks and horse betting offers. Get up to a $1,000 bonus from SportsBetting.ag when you register with the SportsBetting.ag promo code at https://usacasinobonuscode.com/sportsbetting-ag-promo-codes/.