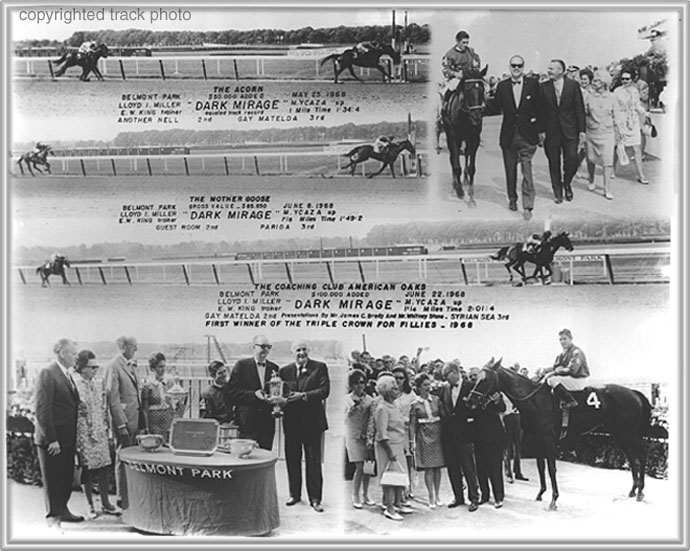 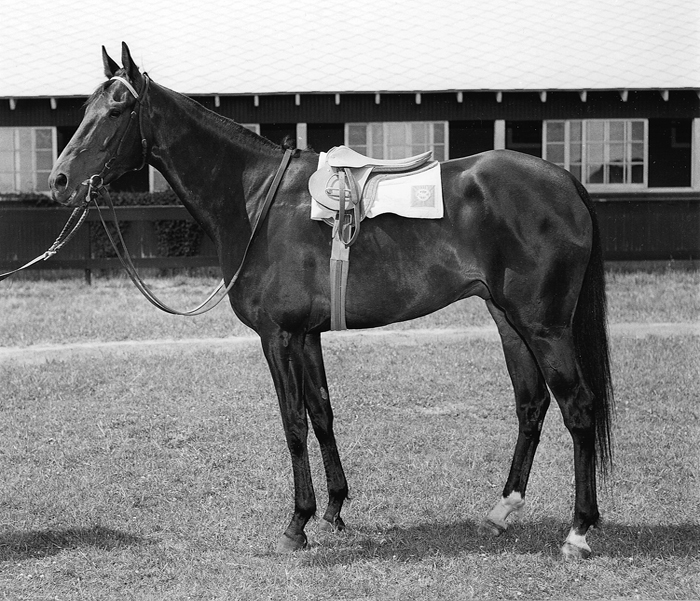 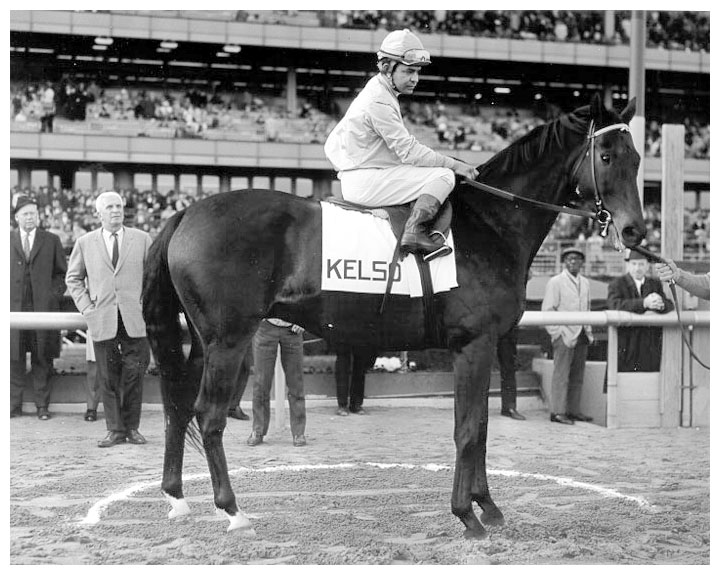 Dark Mirage, foaled in 1965, was a tiny yearling purchased for the small sum of $6,000 by owner Lloyd Miller. Bred by Duval Headley, she was sired by Persian Road II out of the mare Home by Dark, by Hill Prince.

While Dark Mirage remained a small filly at 15.1 hands and 710 pounds, trainer Everett King found that she was large in talent. In a span of four months, Dark Mirage at 3 set the parameters by which all good fillies are judged. After winning the Prioress, La Troienne, and Kentucky Oaks, she became the first winner of New York’s modern Filly Triple Crown. She won the Acorn by six lengths, the Mother Goose by ten, and the Coaching Club American Oaks by twelve. She then won the Monmouth Oaks and the Delaware Oaks before retiring for the season in July.

At four, Dark Mirage won the Santa Maria for her tenth consecutive victory, but dislocated a fetlock joint in her next start. Sadly, the injury caused her death four months later. Dark Mirage was inducted into the Hall of Fame in 1974.